The fact that the Flyers made it to this point is a huge bonus – and probably making the wait worse – but I‚Äôd be anxious no matter who was playing for the Cup. 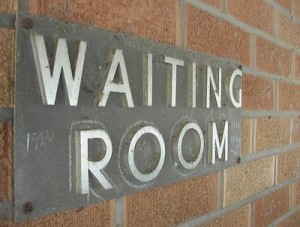 I gotta tell you, this 5 day layoff between the Conference Finals and the start of the Cup Finals series is driving me nuts.¬Ý The NHL plays the longest season of the major team sports (9 months from the beginning of the regular season through the moment the Stanley Cup is awarded), and during that time I find myself caught up in the preseason expectations of each team, slow starts and recoveries of teams and players, trades, waivers, coaching and management employment decisions and, as the season goes long, playoff hopes being realized or crushed.¬Ý It‚Äôs consuming, and being a serious fantasy player, it‚Äôs also necessary.

The fact that the Flyers made it to this point is a huge bonus ‚Äì and probably making the wait worse ‚Äì but I‚Äôd be anxious no matter who was playing for the Cup.

But 5 days?¬Ý Okay, 4 full days plus most of gameday, but that‚Äôs 5 in my book.¬Ý Hard to fill the time when you‚Äôre used to seeing a game almost every night.¬Ý This is just a sampling of the void that will suddenly appear when the troll that is Commissioner Bettman hands the Silver Chalice to the Captain of the championship team, so I suppose I should consider it a type of weaning.¬Ý So how do I fill the time?

1) Spend some QT with tangent_ma‚Äôam.¬Ý A true ‚Äòhockey widow‚Äô, thankfully she has her own hobbies to keep her busy.¬Ý Doesn‚Äôt make me any less sorry for my Carroll O‚ÄôConnor-like ‚ÄúNot now, the game‚Äôs on!‚Äù outbursts, and she deserves better than that.¬Ý But it is the playoffs, Honey, and my boys are still in it.¬Ý Sorry.

2) Read the blogs and articles about the Finals.¬Ý Yeah, me and everyone else. Many Hawks/Flyers comparison pieces.¬Ý A ton of commentaries on how one team will beat the other and just how badly.¬Ý Hang out on twitter for the latest blog postings.¬Ý It only makes we want the series to start now.

3) Read a book.¬Ý I got a few hockey books for my birthday last week, but I‚Äôm saving those for the off season hiatus, when I can stretch out on the couch or do some reclining and pass the time in the air-condition comfort of my men‚Äôs den.¬Ý I am, however, killing time in bits and pieces with Tim Allen‚Äôs ‚ÄúDon‚Äôt Stand Too Close To A Naked Man‚Äù.

4) Review my fantasy teams.¬Ý A good thought, but not much to do there with transaction freezes in effect.¬Ý Sure, I can put a bullseye on players who would help me next year, and maybe even make the necessary inquiries as to their availability (you guys in the Dynasty league ‚Äì watch your email), but that‚Äôs better suited for the late summer, as the anticipation factor rises with the coming of a new season. 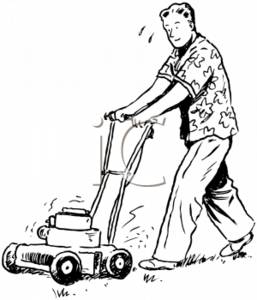 5) Yard/house work.¬Ý The best option, as these chores have a tendency to get back-logged.¬Ý Spring cleaning somehow turns into summer cleaning.¬Ý Have to get a few things started just to get into the groove.¬Ý Maybe tonight or tomorrow‚Ä¶sure, I want to fix that shed door, but if somebody feels the need to toss the contents into the yard while trying to steal my leaf-blower, I‚Äôd be one step closer to re-organizing it.¬Ý Have at it, kids, but hurry please.

6) Catch up on some ‚Äòregular‚Äô TV.¬Ý I managed to watch the season finales of both ‚ÄòNCIS‚Äô and ‚ÄòNCIS ‚Äì LA‚Äô without having to set the DVR this week.¬Ý The end of Jack Bauer‚Äôs ‚Äò24‚Ä≤ run was just a couple of hours late since it fell on game-night Monday.¬Ý I have a season of ‚ÄòHouse‚Äô DVR‚Äôd‚Ä¶maybe that‚Äôll be my sidetracker for tomorrow.¬Ý At least I can get it started.¬Ý After I decide to procrastinate my spring cleaning duties, that is.

7) Fix my laptop.¬Ý Everything happens in threes, right?¬Ý Twice in the last week and a half, I‚Äôve had to re-install Windows on this damn thing (.dll issues both times).¬Ý I‚Äôm seeing more blue screens than ‚ÄúHistory Will Be Made‚Äù videos lately.¬Ý And that‚Äôs saying something.

Overall, I think I‚Äôll just try to be patient, though that‚Äôs never been my strong suit.

Is it Saturday yet?

** Tangent Man ‚Äî Keith Filling‚Ä¶ a fantasy and NHL hockey junkie who has a lot to say about the reality of life experiences, Scotch, hockey, music and the bane of being addicted to a fantasy game. Read more of his work over at his ‚ÄúOff on a Tangent‚Äù blog. You can also follow him on Twitter here.

Ed‚Äôs note‚Ä¶ I had to add this video to the T Man‚Äôs blog today! A little Fugazi never hurt anyone!