Here is the blog that I wrote about Chanel explaining her mystique and how she affected the Penguins run to the Stanley Cup last year! 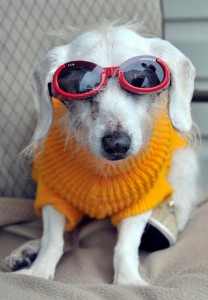 I am sure a recent twitter post of mine might have confused some folks out there, so I decided to seek out my explanation of the magic from last year and re-run it here at FTP.

Here is the blog that I wrote about Chanel explaining her mystique and how she affected the Penguins run to the Stanley Cup last year!

What is Chanel? Sure, we all know it to be a perfume and fashion line… Wikipedia tells us that it is…

A Parisian fashion house founded by the late couturier Coco Chanel. Specializing in luxury goods (haute couture, ready-to-wear, handbags, perfumery, and cosmetics among others), the Chanel label has become one of the most recognized names in luxury and haute couture fashion industry.

The above is something that wouldn’t be all that important to hockey fans…especially fans in Pittsburgh who follow the Penguins. However, I am here to tell you that Chanel should be a very important name from today and moving forward, as it is the name of a very special creature!

Chanel is the name of a dog that lives on Long Island and has been given the title of the “World’s Oldest Dog.” You might be asking yourself, “has Metzer lost his mind?” “Why the hell is he writing about some dog from Long Island in a Penguins blog?”

Well, I am writing about this special dog because of the mystical power she seems to have over the Pittsburgh Penguins.

We all know how superstitious hockey players can be, as well as their fans and even the media who cover them. Well, Chanel came into our lives last week, in fact it happened during game three of the Penguins/Capitals series.

As we all know, the Penguins were struggling to beat Semyon Varlamov through the early games in this series. They were peppering him with shots, but they just didn’t seem to be finding the recipe for beating him with any consistency. That seemed to change about half way through that game three…let me tell you why?

Though us media folk all get along down at the Igloo, we tend to hang in cliques just like any other grouping of warm blooded mammals. One of the folks that I tend to hang out with at Penguins game is Angela Carducci from Inside Hockey and proponent of the Chanel movement!

Angela received an article in her email during the game and decided to give it a quick view, as the Penguins were not making any progress in taking the lead and trailed the series 2-0. In the email was the story of Chanel, the World’s Oldest Dog from the New York Post.

Now, this is no joke, the moment she opened that email and began reading it, Evgeni Malkin scored to give the Penguins a 2-1 lead. In actuality, it was the picture in the following article that was on her screen, featuring Chanel wearing a pair of sunglasses.

At the time, we didn’t think anything of it, but as the game went to overtime following Nicklas Backstrom’s late goal, we sat wondering what we could do to help the Penguins out. We asked ourselves…what was it that we were all doing when Malkin scored the last Penguins goal? The name Chanel immediately came to us and the picture was brought back to her computer screen. Kris Letang scored the game winner shortly thereafter!

The same occurred on Friday night. I printed off larger versions of the picture at the office before heading down to the Mellon Arena for game four. I offered them to my girlfriend and her family, then went to my seat in the press box. I forgot to hand them out immediately, but remembered that they were in my portfolio once the Penguins fell behind 1-0, again on a Backstrom goal. Not long after we took out the pictures, Sergei Gonchar scored the tying goal and the Penguins never looked back, winning yet again!

The third uncanny Chanel incident occurred last night. I was watching the game and it was tightly contested throughout. The two teams had just fought to a 3-3 tie and were headed to overtime when it dawned on me that I again had forgotten to take out my Chanel picture! Well, I took it out and had it sitting there while David Steckel missed an open net at one end and Evgeni Malkin utilized a fortuitous bounce on the other to notch the game winner.

A quick text message to Angela, who was in Washington for the game, confirmed that she had also had Chanel on the screen for the win. Chanel had infiltrated the MCI Center and helped secure the victory and a 3-2 series lead for the Penguins.

Now, I agree with you…this sounds insane, but I think we have all been around the game of hockey long enough to know that you utilize what ever it is that works and this little pooch seems to be doing the trick for the Penguins right now!

The article is above and the link below will take you directly to the magic picture in case you would like to print yours for tomorrow night! Please spread the word and get Chanel into the Igloo tomorrow night to help the Penguins lock this one up!