Though Marc Andre Fleury has been tremendous… a shutout is never a given. 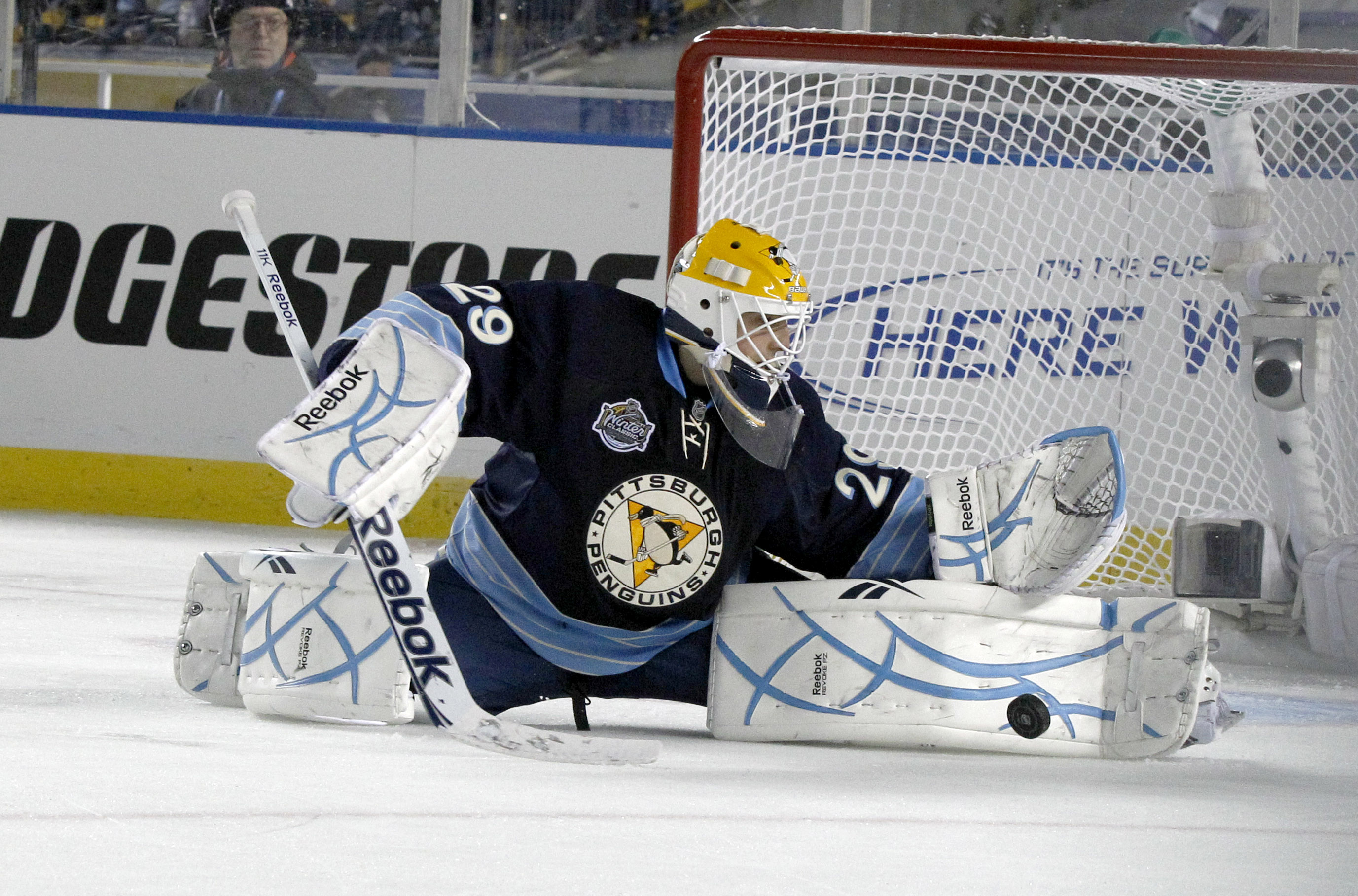 Marc Andre Fleury has been excellent on the year and is off to one of the finest starts of his career. With his shutout last night against the New York Islanders, he now has 20 for his career and if his early season performance is any indication, he will certainly add to that total moving forward.

Impressive play aside, I couldn’t help but sit on the edge of my seat late in Penguins/Islanders game as the latter pulled their goaltender in favor of an extra attacker. I was convinced that the Penguins and Fleury would go on to win the game, but I was equally convinced that Fleury would surrender a late goal.

I didn’t have any hard data in front of me, but I know that I have seen Fleury lose a shutout late in a game on numerous occasions and I said as much to Sam Kasan (@PensInsideScoop) on Twitter.

@PensInsideScoop am I wrong because I was clenching in fear of the late softie! My fantasy team and I have watched too many SOs fall late!

We had a brief exchange about Fleury and how it seems that he is often burned by the late goal. Sam responded with the follow tweet and a late night quest was established…

@Brian_Metzer #Pens Fleury must lead the NHL in giving up just one goal. He deserves many more shutouts than he has gotten –SK

Before I knew it, I was off and researching each and every one of Marc Andre Fleury’s 1-goal-games. It turns out that he has surrendered 1-goal in a game on 69 occasions during career. Sure, some of them came in blowout losses in which he came in to mop things up, but there were many in which he could have gotten himself the goose egg if not for one ill-timed goal.

Now this isn’t to say that these goals are all on him… that simply isn’t the case. It is more a matter of occasionally being the victim of bad luck late (or early) in a game.

Here is the breakdown of Fleury’s 1-games over his entire career through last night… I will provide the data — you draw your own conclusions.

Aside from being able to see when each of the goals were scored, this is a pretty interesting way to gauge Fleury’s progression into one of the best goaltenders in the National Hockey League. Though he isn’t always being rewarded with a shutout, he has significantly increased his number of 1-goal-games as the years have gone by.

Yes, we would all like to see more shutouts, but as my conversation with Sam wound down, we seemed to find comfort in where Fleury is today and I am sure you will too.

@PensInsideScoop: agreed. I may look into that stat for the next time I see you. Should have more SO, but a 1.00 gaa per wins a ton of games

No doubt, and I think we’re all fine with that! RT @PensInsideScoop: Wins a lot of games and Stanley Cups -SK