Today Malkamania Runs down some horrid trades in Pens history!

Here I will discuss some trades the Penguins made, pre Naslund for Stojanov — the one everyone seems to comment on — and of course, the infamous Jagr for “the next Ron Francis” — the only one who liked that trade well, you know who I’m talking about. 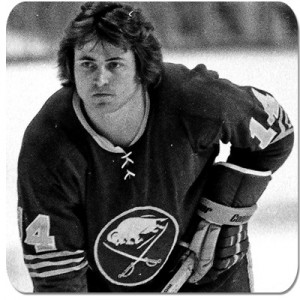 March 4th 1972, Rene Robert for Eddie Shack – At the time Penguin management felt this trade was a real steal. The Pens got Eddie “The Entertainer” Shack or Eddie “The Retread” Shack, as I called him since he was well past his prime.  Though he put up 25 goals in the 1972-1973 season, his only full season in the Burgh, Rene Robert went on to became part of the famed French Connection along with Gil Perreault and Richard Martin in Buffalo. Robert had a career high of 40G-60A-100pts in 1974-1975.

March 8th 1976, Garry Inness for Ed Van Impe and Bobby Taylor – this is one trade I could never figure out. First of all management started the year by rewarding Inness for his fine 1974-75 season by anointing Gordie Laxton their starting goalie? The guy put you in mind of the Pillsbury Dough Boy, which they soon found out… but there went the confidence of Gary Inness. So they decide to do the next best thing and acquire Bobby Taylor who was Bernie Parent’s back-up and a defenseman who was well past his prime. We started calling him “Van Blimp.”  Too bad for Gary Inness he was buried behind Parent and was never the same.  He had stints with Indy of the WHA and the Washington Caps, but never reached the level he was at with the Pens.  As For Bobby Taylor, he ended up playing one game.

November 29th 1977, Pierre Larouche for Pete Mahovlich and Peter Lee – it was a sad day in Penguin History; the day “Viva La Company” was no longer played on the organ by Vince Lascheid.  Our First bona fide superstar, Pierre Larouche, was traded to the Montreal Canadiens for a washed up Peter Mahovlich and Peter Lee.  Well, Big Pete from Easy Street stuck around for 60 and 53 point seasons before finding his way to Detroit to be put out to pasture. Then we have Peter Lee, two 30 goal seasons, before putting in a three season total of 39 goals. He then went on to have a prosperous career with Dusseldorf of the German league.   As far as “Lucky Pierre”, he went on to post another 50 goal season with the Habs and averaged over a point a game for his career that included stops in Hartford and New York. (Rangers)

October 18th 1978, Rod Schutt for 1st round draft pick (’81) – Folklore has it that Mr. Bastien was very stupid in thinking he just picked up Steve Shutt —  Some say this it’s true, while others say it isn’t, but once again the Montreal Canadians came out on top when making a trade with the Penguins.  Schutt spent four seasons and parts of two others with the Penguins posting two 20 goal seasons. Was he worth it?  Never, not in a million years.  The player Montreal drafted with that first round pick? Mark Hunter, brother of Dale Hunter, went on to post 213 total goals in a 12-year career with a career high 44 goals in St. Louis during the 1985-86 season.

Tonight is Pittsburgh’s Hockey Fights Cancer night. Please make sure you stop by the different tables and booths set up before the game to get some information on this deadly disease. The American Cancer Society and the Leukemia and Lymphoma Society will be on hand. Take advantage!