Dan Scifo is back with another piece on the Pens… this time taking a look at the pieces who are close to rejoining the flock. 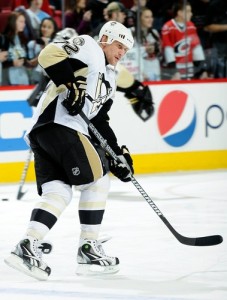 Reinforcements are on the way for the injury-plagued Pittsburgh Penguins.

But will that be enough to carry this makeshift group through the rest of the regular season and possibly the playoffs?

Despite the rash of injuries, the Penguins are just five points from the top spot in the Eastern Conference, currently occupied by their hated rivals from Philadelphia. However, they have also lost five of their last six games.

As a consolation, the Penguins were able to salvage a point in three of those losses, which came in overtime.

But other teams, especially ones fighting for a playoff spot, aren’t concerned with the Penguins current injury woes.

The Penguins once led the conference, but they are now 11-9-4 without Crosby, who has been out since Jan. 5 with a concussion.

They have had trouble finding the back of the net, scoring four goals in a game just three times in their last 23 games. The Penguins, who have scored two or fewer goals in five losses, scored more than three goals – during a 6-5 shootout win against Toronto – for the first time since Malkin’s injury on Feb. 4.

James Neal and Alex Kovalev, acquired a week before the trade deadline, were brought in to bolster the team’s offense during Crosby and Malkin’s absence.

Forward Chris Kunitz is expected to return this weekend from a lower body injury that has kept him out since Feb. 6. Tyler Kennedy, who missed one game with a lower-body injury, has seven goals and 13 points in 12 games.

But is that enough?

The Penguins have played a grittier, hard-nosed, defensive style of hockey since injuries to Crosby, Malkin and others.

“We’re going to have to keep playing like this if we want to win games,” Michalek said.

Michalek, along with a defensive core that features Kris Letang, Paul Martin, newly-acquired Matt Niskanen, and a returning Orpik will have to carry the load.

Added into the mix is goaltender Marc-Andre Fleury, who might be the key to any future success the Penguins might have.

A similar dominant stretch should easily carry the Penguins through the regular season and maybe, quite possibly, produce a first or even second-round playoff series victory – even with Crosby out of the lineup.

But a Crosby-like game-changer might be needed offensively for the Penguins to advance any further. Defense can only take a team so far.

Still, the Penguins have survived this long without Crosby, Malkin and a host of others. And reinforcements are on the way.

But will they be enough to take the Penguins to where they want to go?