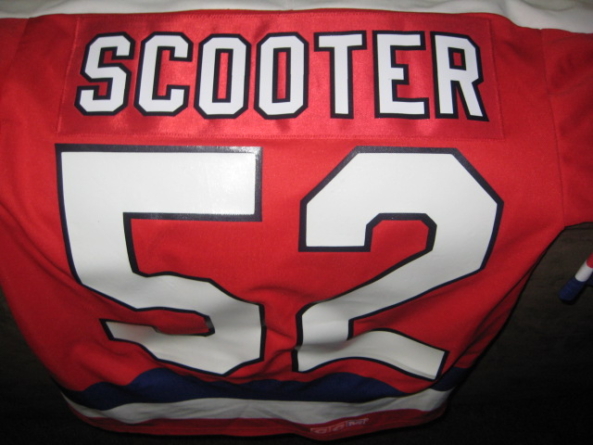 Cy Clark is back with another edition of “Malkamania Running Wild!” This one could definitely be cut as a promo on Monday Night Raw. 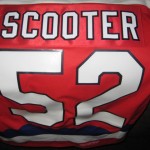 Well, well, well, look who’s coming to town, Rock the Red, Farmer Ted’s Clowns, the Spelling Bee Team — it’s the Washington Capitals.  You know them, hockey’s version of the Buffalo Bills or Atlanta Braves, they’re always picked to win, but somehow find a way to lose. I can give you an example why, in our rich Penguin history we had a number 413 D-man and the Caps retired a number ‘7’ for the same guy — Yvon Labre.  Yvon Labre you ask?   Isn’t he a part of their “rich history?” I sit here and laugh.  He was one of the worst defensemen in Penguin history.

Then we have the fan base… annoying.  Like that kid in school that you smacked around and took lunch money from.  You know who I mean.  The chants and how they do them, just reek with childish behavior.  It makes me sick and reminds me of New Years Day.  First off, just hearing the groups, then to make matters worse Farmer Ted has “Wanted Posters” at the gates with my picture on them telling the ushers NOT to let me in with signs.

That should have told me right then and there Farmer Ted did some whining. 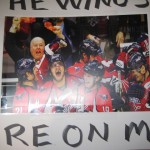 Let’s Talk about Farmer Ted Leonsis — a lot of money, but knows nothing about hockey, and has a burning desire to want his team to be like the Pittsburgh Penguins… it’s not happening brother. When your GM George Mc Phee hires a Macy’s day parade air balloon named Bruce Boudreau who has a tendency to swear and leave food all over his face when he eats.  Yeah, compare Dan Bylsma to this. That’s right; I don’t need to do that one justice.  But, like the owner and the fan base, you are just annoying, much like stink bugs are annoying.

Now we talk about their captain, their hero, their savior — Alexander Ovechkin.  The Great 8 as they call him… as in 8 years they will be picked to win it all, fail like they do every year and then go away? Don’t go away mad, just go away.   Mr. cheap shot artist, Mr. Goal celebration, Mr. Annoying, ah yes there is the word again, annoying.   Note it’s not like the Flyers or Wings hatred, it’s just annoying. Well, Great 8 I will get to annoy you tonight behind your bench, and I’m so looking forward to it.

Here is another reference to a commercial that probably annoys you when you see it — the Ovechtrick.  You know what they ‘tell’ you an Ovechtrick is.  Here is the real definition:

1) During the playoff you watch as your opponent celebrates knocking you out of the Stanley Cup playoffs.

2) Getting in line and shaking hands and having to say once again “good luck” to the team that just beat you.

3) Going down that runway for the last time for the season, as you have to tell reporters what a loser you really are.

There my friends, you have the Ovechtrick.

Now we get ready for tonight’s game vs. the Caps, and what fun it’s gonna be when we send them back to DC to their cheerleading, spelling fans with a loss.  And Tomas Voukon, trust me Washington he’s not the answer, as you are soon gonna find out. This is what happens when you “go cheap” for a goaltender to place your “cup run” on.

See you at the game tonight, and Lets Go Pens!