Amber Alexander takes a look at the pitfalls of being a female fan of the National Hockey League… it isn’t always the easiest thing according to her blog… enjoy. 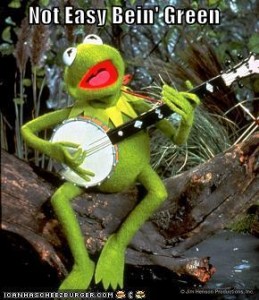 When the Penguins were in a rut two years ago before going on to win the Stanley Cup, I remember that Youtube.com and the many hockey blogs were the only means of communication between hockey fans.

Now Twitter is a huge means of communication and it is a technology that I love to utilize, but back in 2008 when I relied on YouTube for highlights I would see negative comments from anti-pens fans and would want to defend my team.

But for me that was hard to do.

The user name is embarrassing now as a 21 year old but back then it was normal. Trust me; I have tried many times to change the name with no luck.

Now that I’m heavily involved in hockey talk and like to comment on a videos and blogs, I am met with some pretty harsh words. Most of them surround one common theme — I’m a girl, so what could I possibly know?

One name seems to be the first thing that comes to mind for many when they find out that you’re a female hockey fan. I know you all know what I am referring too so I’m not going to say it.

A couple of weeks ago I commented on a YouTube video about our team and when I checked the comments a while later, the responses were outrageous. Every comment was degrading and disrespectful.

What was worse was that even though I was defending the Penguins, I even had Pens supporters saying I knew nothing about hockey.

The bottom line is this: I know hockey.

I could probably hold my own in a hockey conversation better than some of those who commented on the video and called me degrading names.

When I got the opportunity to write for FTP, I was thrilled. I was the only girl and that made it even better. I could finally talk hockey and get taken seriously for once.

I have written articles for the website and I hope that they have been worth reading. I thank the other writers and Brian at FTP for including me in their group.

This piece is for all the women who are “true” hockey fans and don’t get treated as such. I’ve been lucky enough to be taken seriously because of my connection to FTP.