Butsie is back with another edition of his popular “Saturday Morning Coffee…” though this is the inaugural Afternoon Edition! 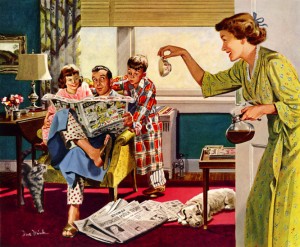 They say Claude Giroux is going to be a star in the NHL, I think the word going can be deleted, he has arrived.

Kovalchuk go earn your salary, with Parise out the Devils are now your team.

Theory of a Deadman, Nickleback and Ke$ha was just played at the office, I feel like I wanted to destroy things, that’s 3 horrid bands/musicians right there.

Even when Gaborik and Drury come back they aren’t a playoff team.

That said Brian Boyle worked this off season on his skating with former figure skater Barb Underhill, he looks like a completely different player. Any players that aren’t solid skaters need to do this during the off season.

Is the big 3 now Sid, OV and Stamkos?

Somebody needed to test San Fran Giants pitcher Brian Wilson for dope, that guy is on something.

The Blues are for real, they are young and believe in themselves and have world class goalie, look out.

Speaking of the Blues, it’s looking like the trade for Halak was a steal and then some.

LOVED seeing Crosby fight the other night, Sid is a warrior and you can’t convince me he isn’t.

Joni Pitkanen’s stick is too short, way too short. Take a look next time you see the Canes play, it would be too short for Nathan Gerbe.

If you’re not sure whether you need a new hair style or not, trust me you do!

Flyers fans chanting “BOB,BOB,BOB” for the young rookie netminder, have they actually found the #1 goalie they’ve been searching for, they may have but it’s still early.

Justin Williams is healthy and playing well, come on he’s do for a pulled eyebrow muscle any day now.