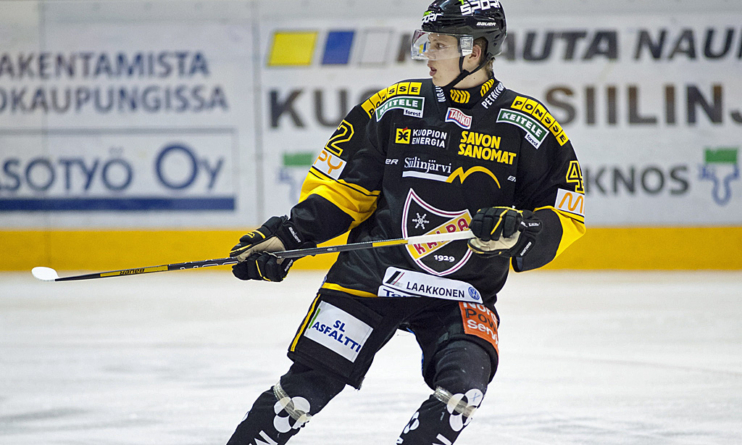 The Penguins might not have picked until 22 during the opening round of the NHL Draft in Philadelphia, but they were able to select the seventh rated player on their internal list, Kasperi Kapanen.

Kapanen, the son of former NHLer Sami Kapanen, spent the past two seasons playing with his father on the last place KalPa team in the SM-Liga in Finland.

While his draft stock seemed to take a bit of a hit based on injuries and a disappointing U18 team performance, he was still the top rated European skater coming into Friday night.

The ISS describes his skill as such – Dynamic offensive threat with explosive speed and highlight reel end-to-end ability.

One line stands out in his scouting report – “He grabs your attention every time he has the puck as his explosive speed, creativity and lethal offensive weapons show game breaker potential.”

The biggest knock on him seems to be the fact that he needs to improve upon his consistency and doesn’t shoot the puck enough. However, you would like to think that those are things that he could be coached into doing more often.

The ISS compares his style to Tomas Plekanec.

Jim Rutherford was pretty happy with the player he selected and seemed even more so that he also selected his father as the General Manager of the Hartford Whalers back in the day.

“Pretty happy with that,” said Rutherford. “We had him rated seventh on our list. It’s exciting for me because I drafted his dad. I don’t know how often that happens you draft the dad and the son. He’s a good player, surprised he dropped there. He’s a great skater and he’s already played with men so his development is moved along a little more than other players.”

Ruther feels that the younger Kapanen has a style that compares to his father, but says that that the 17-year-old is bigger and a bit stronger.

Kapanen seemed thrilled to join the Penguins organization and said that his goal would be to try to take a roster spot as soon as next season.

Enjoy some highlights of Kapanen below