The Penguins will honor 12 ‘Wounded Warriors’ and Commemorate Veterans’ Day Wednesday evening when they face-off against the Bruins. 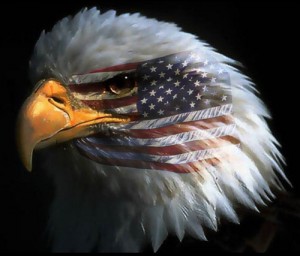 The Penguins and National Hockey League always do a great job of paying homage to the ladies and gentlemen who have been tasked with defending our country in the armed services. They will utilize Wednesday evening’s game against the Boston Bruins to honor 12 local ‘Wounded Warriors.’

The ‘Warriors’ and their families will attend the morning skate, get personalized Penguins jerseys and gift bags and be entertained in Suite 66. They will then be brought back for the game against the Bruins.

Dan Bylsma and Mike Rupp have recorded PSRs that will run on the jumbotron during the game. You can see the rest of the details below…

AT WEDNESDAY’S GAME VS. BOSTON

The Pittsburgh Penguins will honor 12 local “Wounded Warriors” Wednesday at CONSOL Energy Center, as part of the team’s salute to Veterans’ Day.

The Penguins take on the Boston Bruins at 7 p.m.

The Wounded Warriors and their families will be special guests of the team at Wednesday’s morning skate at 10:30 a.m. Each Warrior will receive a personalized Penguins jersey and a gift bag, and will be entertained in Suite 66.

They will return for the game that night – and six of them will ride the Zamboni during pre-game and intermission ice cuts.

Penguins forward Mike Rupp and coach Dan Bylsma recorded public service announcements that will run on the scoreboard, a Pens TV special will run during an intermission, and the initiative will be featured in an Ice Time story and on digital ad displays throughout the arena.

The Penguins also are supporting the Mario Lemieux Foundation in the Foundation’s plans for an Austin’s Playroom at the new Walter Reed National Military Medical Center in Bethesda, Md. An online auction at www.mariolemieux.org and texting campaign will provide funding for this new room supporting military families.

The Austin’s Warrior Playroom Project will be created in the Warrior Transition Unit at the new Walter Reed National Military Medical Center, and will be housed in “Tranquility Hall.”