That being said, there will be much discussion around this game:

1. Why was there NO television feed for this game – granted, hearing Mike Lange call the first game in CEC brought back a lot of memories of youth. I still would have LOVED to see the game.

4. Brooks Orpik – Earned a Game Misconduct but only the folks in attendance actually saw what happened, the rest of us debate it because we only heard about it (Bandwagon to call Orpik a dirty player has left the station)

9. After goal music – Many negative tweets about it 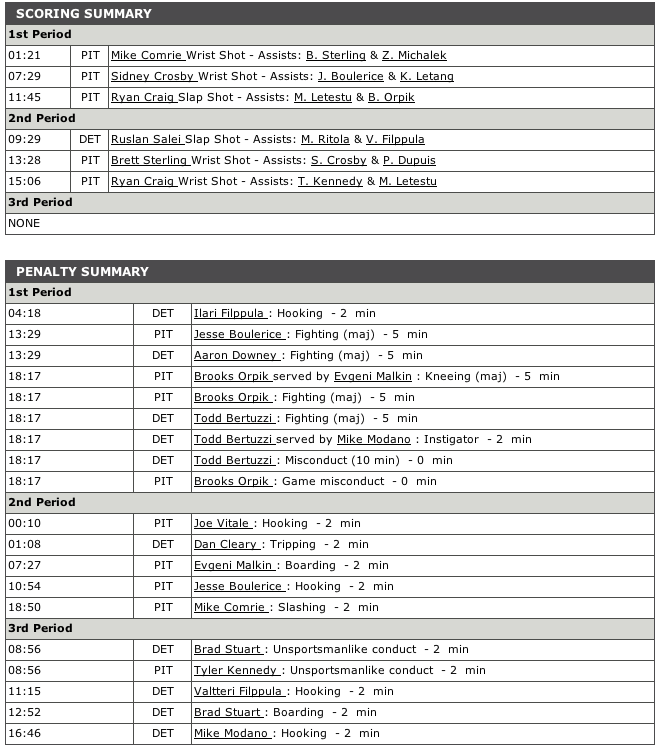 Looking at this box score is a lot like have a 42 inch LED TV in your office and having to listen to it on the radio.

Metz was jamming on Mariachi music….