The Penguins lose Chris Conner and issue a couple of press releases. 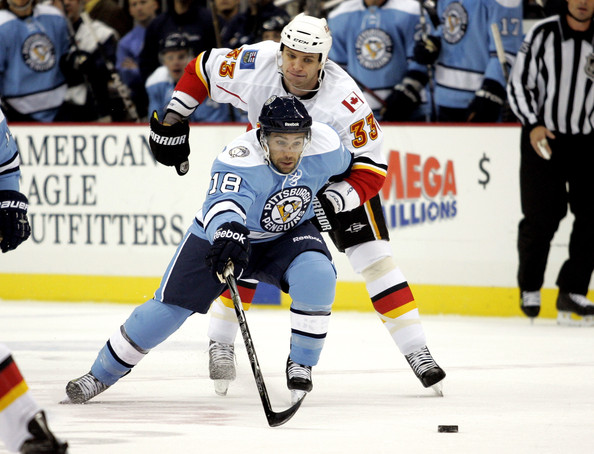 No signings to report for the Penguins today, but they did make a few media announcements as well as lost another player from last year’s team.

Chris Conner, the mighty mite that was so effective in bringing energy and filling in on the third and fourth lines was signed by the Detroit Red Wings today. Conner likely wouldn’t have had an NHL role on a healthy Penguins’ squad, so he is another guy that I don’t blame much for leaving.

The media releases were as follows:

The Pens are holding a series of youth hockey events in conjunction with their Developmental Camp next week. The events are to include a number of on-ice instructional opportunities for kids, as well as a youth hockey tournament. Details are below.

The ice is back at CONSOL Energy Center — for what the Pittsburgh Penguins are calling “Hockey in July.”

“Hockey in July” is a full week of youth-oriented activities – including games and instructional clinics – created by the Penguins to coincide with the team’s annual prospects camp.

The youth hockey events begin Friday, July 8 with the first day of a two-day, 32-game mite tournament for players with a 2003 birth year or younger (the tournament and clinics are already sold out).

A series of one-day youth clinics will start on Monday and run through next Friday.

“With ice being available because of our annual prospects camp, we thought it was a great opportunity to host a tournament and hold some instructional clinics for local youth hockey players,” said David Morehouse, CEO and president of the Penguins. “We’ll literally have youth hockey games all day on Friday and Saturday.”

Meanwhile, players participating in the Pittsburgh Penguins’ annual prospect camp will arrive in town on Monday and take part in both on-ice and off-ice activities Tuesday through Saturday.

The Penguins prospects’ final camp scrimmage on Saturday, July 16 will be open to the public, free of charge. More details, including the full prospect camp schedule, will be available early next week.

In the second release, the Pens announce that their own Rod Murray would be inducted into the IDEA Hall of Fame:

IDEA to induct Pens’ Rod Murray into the Hall of Fame

Murray to be inducted at the 2011 IDEA conference in Kansas City, MO

Las Cruces, New Mexico – July 7, 2011 – FOR IMMEDIATE RELEASE. The Information and Entertainment Association (IDEA) will induct Rod Murray of the Pittsburgh Penguins into the IDEA Hall of Fame.  A formal induction ceremony will take place at the 2011 IDEA Conference to be held in Kansas City, Missouri, July 10thth through 13th.

Currently the Senior Director, Production and Game Presentation for the Pittsburgh Penguins, Murray began his career in the game presentation industry with the MLB California Angels in 1989.   Rod’s career also includes stints with the NHL Anaheim Ducks and NBA Cleveland Cavaliers.

Murray served as President of IDEA from 1994~1996, and was the IDEA Conference Host City Coordinator in 1996.  Murray has received five (5) IDEA Golden Matrix Awards, the organization’s highest honor for excellence in event presentation production.

“I’m honored to be inducted into IDEA’s Hall of Fame,” said Murray  “It’s especially rewarding to know this recognition is based on a vote by my industry colleagues, many of whom I’ve had the privilege to know and work with for over 20 years.”

About the IDEA Hall of Fame

Created in 2008, The IDEA Hall of Fame recognizes IDEA members, past and present, who have made a significant impact on the organization or industry.

IDEA is the premier association for professionals in the large-screen, event and in-game entertainment/presentation industry.  Founded in 1982, IDEA’s membership is comprised of the producers, directors, operators and industry vendors for teams, public facilities and manufacturers worldwide.  IDEA encompasses all branches of the sports, entertainment and convention industries, including baseball, basketball, football, hockey, racing, soccer, arenas, convention centers, stadiums and universities.