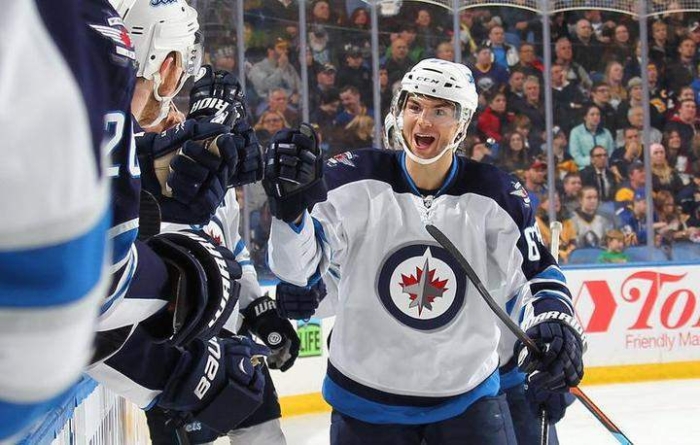 This story appeared in the Beaver County Times back on May 30, 2015. We previewed some free agent options that were going to be available for the Penguins.

You can review the article there — but it is currently behind a paywall — I wanted to give you another chance at it. Please subscribe to TimesOnline.com to review the actual. But we did mention several options that are currently being discussed close to a month ago. Joel Ward was not among them because of his age. When there are concerns with 31 and over players being paid big bucks It didn’t seem prudent to suggest a 34-year-old Ward.

Yes I realize that Justin Williams falls into the Joel Ward category, but Williams is no Joel Ward.

Here is the article for your review …

PITTSBURGH — The Penguins made significant changes to their team heading into last season, and after another disappointing playoff exit, albeit one that followed an injury-filled campaign, they will again be looking to revamp and retool this summer.

General manager Jim Rutherford is tasked with getting his club back to the Stanley Cup finals, something that hasn’t happened since winning the Cup in 2009, and to do that he’ll have to consider using all the tools at his disposal: buyouts, trades and fishing for talent via unrestricted free agency.

He’ll have to get creative if utilizing free agency because the Penguins don’t have a ton in the way of room under the league’s salary cap, which league Commissioner Gary Bettman said is expected to be set at $71 million for the 2015-16 season.

The team has 13 NHL regulars under contract (eight forwards, four defensemen and one goaltender) and is scheduled to pay them $57.7 million, leaving just $13.3 million to sign between seven and nine more players.

Rutherford could talk contract with a handful of his own unrestricted free agents, including Blake Comeau, Steve Downie and Taylor Chorney. He’ll also consider filling slots on his roster with Derrick Pouliot, Scott Harrington and Kasperi Kapanen, who are currently on Wilkes-Barre Scranton’s roster in the American Hockey League and would eat up another $2.3 million of remaining cap space.

Even though this year’s crop of free agents isn’t brimming with high end or game-breaking talent and Rutherford is bellying up to the table with far fewer chips than those of his competitors, he’s sure to kick the tires on a number of players and sign a few.

Here are 10 whom he could or should be checking in on as July 1 approaches.

He has a reputation as one of the best playoff performers in the league, and that has helped the Kings to two Stanley Cups. Could that translate to another club?

Many will line up to find out, and the Penguins could be one of them.

The team has been linked to Williams in the rumor mill for a couple of seasons. It is worth noting that his wife has ties to western Pennsylvania. That could play a role in where he decides to continue his NHL career.

He has averaged 46.6 points and 18.4 goals a season over the past five years and has stated that he would love to stay in Los Angeles, though his main priority is to continue winning.

“All I want to be is part of a team that can continue to win,” Williams told Kings Vision in March. “You just want to keep winning, and I think I have the best shot to do it here. I love L.A.”

Chris Stewart always seems to be a name that pops up when people consider top-six forwards for the Penguins. He was linked to them before they acquired James Neal and again during each of the following trade deadlines.

The two-time 28-goal scorer logged minutes for the Avalanche, Blues and Sabres before joining the Wild at the trade deadline. He has largely underachieved over the past few seasons but will still be an intriguing commodity on July 1.

The 6-foot-2, 231-pound power forward is streaky but could thrive in the right situation.

Frolik was a first-round draft pick for the Panthers in 2006, and when he finally broke into the league in 2008, he rewarded the team with back-to-back 20-goal/40-point seasons.

He was on that pace during his third season in the league but was traded to the Blackhawks, where he became a checking-line player and helped the Hawks win the Stanley Cup in 2012-13. He moved on to the Jets via free agency and played a role similar to that during his time in Florida, and he bounced back with back-to-back 42-point seasons.

That has him primed to cash in this summer, but his diversity and ability to play in the top or bottom six would make him a good fit in Pittsburgh. That might not work financially, as Gary Lawless of the Winnipeg Free Press believes he could make upward of $4 million this season.

Beleskey is the flavor of the month for good reason.

He is coming off a breakout season with the Ducks that saw him roll up a career-high 22 goals, and he has further intrigued with an outstanding playoff run. He has put up seven goals and one assist through Game 6 of the Western Conference finals, scoring goals in five consecutive games against the Flames and adding a dramatic overtime game-winner against the Blackhawks in Game 5 on Monday night.

All of that makes him a candidate to be overpaid on July 1, but if he were to come at the right price, he would be a perfect fit for the Penguins, bringing a nice mix of size, speed, checking and scoring ability.

At 26 years old, he’s just entering his prime and as Kevin Allen of USA Today said in a recent column, “a new team could be buying the best years of Beleskey’s career.”

Tlusty has one thing that no one else on this list has: a history with Rutherford. The latter brought the former to Carolina while he was general manager of the Hurricanes. Rutherford saw Tlusty put up three of his most productive seasons in Carolina, scoring 17, 23, and 16 goals, and that could be enough to make him think about making a run at the 27-year-old this summer.

Tlusty was traded to the Jets at the deadline this past season and managed eight points (one goal) in 20 games.

The fact that he has never broken 40 points and only once scored 20 goals could be enough to hold his price down to a manageable level. He fits the mold of guys like Comeau and Downie, who were looking for one-year deals last summer to bolster their future earning power. That could work in the Penguins’ favor.

It might not be the first thing that comes to mind when people think of him, but Fehr is a former first-round draft pick. Washington selected him in the 18 slot in 2003. He might not have realized his potential as a high-scoring forward, but he is more than capable of chipping in offensive, doing so with 19 goals this past season.

That kind of secondary scoring is invaluable, and it was a big part of the Capitals’ success this season. Stir in the fact that he is one of the best checking-line players in the league, and you have a recipe for a great addition to any team.

He’s had injury issues over the course of his career, including this season with a shoulder, but he was able to get back to play in Game 7 against the Rangers.

With so much talk about the possibility of trading Brandon Sutter this summer, Fehr could be a nice fit on the Penguins’ third line.

“I want to be a centerman,” Fehr told the Washington Post. “I think it helps my game. I think I enjoy playing defensively and trying to be quick on pucks and help the breakout. I can’t really picture myself being a full-time winger anymore, which is a good thing.”

Brodziak is a solid defensive player who can handle even the largest opposing forwards with his 6-foot-2, 210-pound frame. He is a capable faceoff man, winning 49.2 percent of his draws this past season and chipping in offensively with 20 points (nine goals) over 73 games.

The 31-year-old has never been an unrestricted free agent, but he could be another option to slot in on the third line if the Penguins opt to make a move with Sutter.

“Not really sure yet. First time I’ll ever be an (unrestricted feree agent), so I don’t really know what to expect,” Brodziak told the Star Tribune when asked about his future. “I haven’t had any conversations. Not really sure what they’re thinking yet, so I’m sure it’ll take some time for both sides to figure out what’s going to happen.”

Mattias had a career resurgence after joining the Canucks as part of the Roberto Luongo trade two seasons ago. He scored a career-high 18 goals this season and showed that he could capably play a two-way game.

He won just 44.9 percent of his faceoffs, but his campaign as a whole was successful and would be looked at as another option for third-line center.

The 27-year-old doesn’t seem overly concerned about where he’ll end up next season and seems to have an open mind about the free-agency process.

“I’m going to go home, have a beer and relax,” Matthias said at the Canucks’ final media availability of the season.

“I would love to be back, but in the business side of things, you never know what could happen. It’s a salary-cap world. I mean, if I go to July 1, I’m going to do what’s best for myself. So we’ll see what happens.”

File this one under the “if the team trades any of its young defensemen and needs to graft another onto the depth chart” category.

The Penguins have had some success with resurrecting careers for younger blue-liners, and Bartkowski, a Pittsburgh native, fits that mold. He is naturally talented, possesses a smooth skating stride and has a solid shot from the point.

The knock on him is that he is prone to mental mistakes in his own end. Can the Penguins harness his abilities and help him take the next step? Very possibly, plus who doesn’t love a hometown kid getting shot?

It helps that he is 6-foot-1, 196 pounds. That size combined with his skills make him an intriguing option if the Penguins end up needing a D-man.