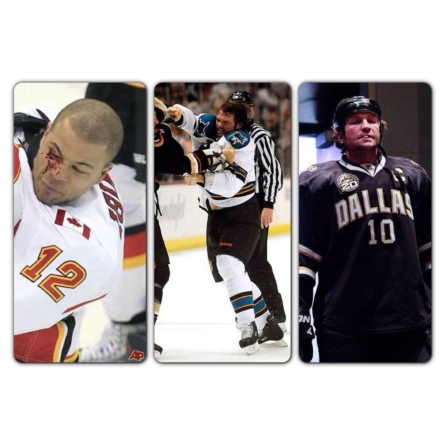 Jason Huskins takes a look at the Penguins’ new additions and how they impact a roster that was eliminated from the playoffs earlier than expected one year ago.

Amidst all the excitement that has been circling the Pittsburgh Penguins over the last few days is a very simple fact. Ray Shero learned from the debacle of last season’s play-off collapse at the hands of the Philadelphia Flyers. His team was goaded into a style of play that led to their early exit in the playoffs last spring and there seemed to be no voice of reason. There was no one to calm the team down, get them focused and rally them. I am not saying that Sidney Crosby, as a captain, failed to lead the team. I think he did everything he could do but the entire team became swept up in the chaos created by the Flyers.

Ray Shero recognized that the team needed more grit, toughness and also someone to keep the team focused when things start to go sideways. That is part of the reason I believe he brought in former Dallas Stars captain Brenden Morrow, former San Jose Shark Douglas Murray and former Calgary Flames captain Jarome Iginla. These three players have been through the battles, are respected greatly throughout the NHL and will be that calming force that was very much needed during the post season last season.

The biggest surprise was the move by Shero to land perennial All-Star Iginla. The hard working right winger should be lining up alongside his former 2010 Team Canada Olympic team mate Sidney Crosby, as there is already existing chemistry present. Iginla set up Crosby’s gold medal winning goal in overtime and they while playing together were very consistent in creating scoring opportunities.

Having a former captain with the skill set and experience of Iginla available to assist Crosby on the ice and in the dressing room, gives the team a voice of reason that will assist in guiding them. He will give the Penguins another legitimate weapon and his addition to top six will give the team three very solid options.

Brenden Morrow is the definition of grinder. He will do the dirty work along the boards and in the corners, which will open up space for Evgeni Malkin and James Neal. Douglas Murray will bring a physical presence in the Penguins own end and will unleash a heavy shot on opposing goalies.

All three moves added something — depth, grit, leadership — to the team immediately and also announced that the Penguins are serious about making a deep run in this year’s Stanley Cup Playoffs. They were able to add three major pieces without sacrificing any roster players at the NHL level and finally found that mysterious, often mentioned winger for Crosby. This is an exciting time to be a fan of the Penguins.