A behind the scenes look at Metz’s ride through #jagrwatch. 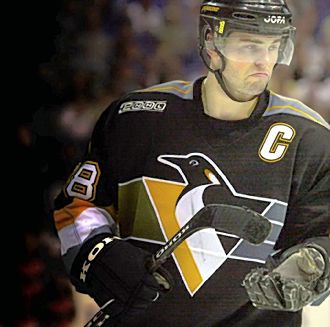 Finally, what seemed like something that had dragged on for weeks has finally come to an end. #Jagrwatch, or the quest to bring back a former Pittsburgh Icon, has fallen on its ear and I can’t say that I am surprised.

I never really thought it was something that could happen until the last six or seven days. It just seemed like all parties involved were saying and doing the right things. Jagr was seemingly on his way back to Pittsburgh. Unfortunately, at this point it seems as if it was all just pillow talk.

Though I believed in the fact that Jagr was legitimate in his desire to return, saying as much during an appearance on Trib Live Radio on Monday afternoon, I started to have serious doubts when Jagr went off the grid on Wednesday. What was this enigma or a former superstar up too? Why was he suddenly starting to play games?

Then the misinformation from his agent started. Petr Svoboda was talking to everyone and anyone who dialed his phone number and giving information… something that many agents wouldn’t do. Oh, you have a question about Jags… let me spout off with something that makes you and you alone feel good about the situation.

I am actually kicking myself a bit right now because I could have brought down the Hindenburg that #jagrwatch had become. I am in a very unique situation. I know someone who has a direct line to the inner circle of our former hero. I had been harassing this friend of mine for a couple weeks in hopes of getting some info on the situation and didn’t hear much back.

Suddenly on on June 29th I got a message saying that as many as 10 teams were in play for Jagr, including the St. Louis Blues who offered the most lucrative package. However, there was no indication of which direction Y2J was leaning.

The reports in Pittsburgh continued to focus on the Penguins, Red Wings and Canadiens. Heck, the reports from around the league continued to point that direction as well. Though I have been in this game for more than a few years now, I am not cocky enough to think that my info is great than that of our own beat reporters and or the likes of Darren Dreger, so I sat on my info.

Then more than a few Euro reports surfaced talking about the fact that there were as many as 12 teams involved which sort of dovetailed with my info. Though the sources in question aren’t typically ones that we look at as being above board in every situation.

I shared my info with a couple of colleagues in the Burgh who I trust and didn’t get the indication that they were on board with it. It didn’t seem to match what they were hearing from the Penguins side of things so I continued to hover in a holding pattern…

The #Jagrwatch rolled on and the anticipation continued to grow. Reports that Mario Lemieux was sure Jagr would be joining the Pens circulated. I believed he had been convinced…Jagr would agree to terms with the Pens. He wouldn’t jerk around his “Idol” would he?

Finally last night around 6:30pm I got a follow-up that said, “no dice for him coming to Pittsburgh.” I asked who was in the lead and again got “STL” as an answer, which seemed absurd. There was also a second less absurd seeming team in the reply, “San Jose.”

Once again I checked with a couple different folks and didn’t get anything to corroborate my info. Svoboda quotes were again flying about the fact that “Jagr’s heart is in Pittsburgh,” and that “the Penguins are still very much in the mix.”

So at the end of the day, I probably did us all a disservice by not sharing my info, but a lot of it didn’t add up. Though it was coming from someone close, I just couldn’t find even one person to support the info. These days that is unheard of… if, for instance, the San Jose Sharks are actually trying to sign Jagr, well you heard it here first, but I couldn’t get anything to back it up.

At the end of the day, we were all sort of played in this situation in a number of ways, by a number of different people. Petr Svoboda and Jaromir Jagr will have to live with their decision. But if one thing is clear through it all, it is the fact that we were all a lot more concerned with mending the fences and fixing all of the wrongs of the “dying alive” days than Jaromir Jagr was.

Final Thought… keep an eye on the San Jose Sharks and St. Louis Blues as the dark horses who could actually swoop in and sign Jags.

Jagr has since signed with the Philadelphia Flyers… thus finishing the Bret Hart Screw Job I alluded to on Twitter a couple days back.