Multiple outlets are reporting that Matt Cooke has inked a 3-year pact to stay with the Pittsburgh Penguins. 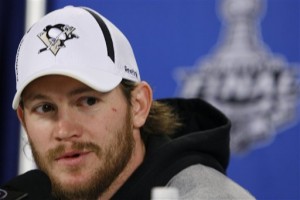 Multiple outlets are reporting that Matt Cooke has inked a 3-year pact to stay with the Pittsburgh Penguins. The contract is apparently going to pay Cooke $1.8 mil per season and gives the feisty forward a NTC.

GM Ray Shero would not confirm that a deal was done during an AM interview on 105.9 the X in Pittsburgh, however the deal is done. Our friends over at Pensuniverse, who have partnered with Matt Cooke’s Charity, the Cooke Family Foundation of Hope, got the news from the horses mouth earlier this morning… hat tip boys…

This is a big name that Ray Shero can now scratch off of his list of potential UFAs. He can now get focused on his work with Sergei Gonchar’s camp, which to this point has not gone as smoothly as the talks with Matt Cooke.

Stay tuned… seems that the week will only get more interesting.