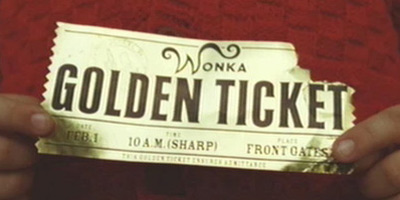 Wrapping up day one of the Free Agent Frenzy for the Pittsburgh Penguins.

July 1st has come and gone and the Penguins, like the other chosen teams on Zach Parise’s short list, are waiting to find out if they have the bar that contains the Wonka Golden Ticket – who will land this year’s biggest fish?

In following the hunt throughout the day the consensus is that the Penguins have a great shot at landing Parise. He received a very lucrative offer from the team that contained huge money and long term, he was courted by both Sidney Crosby and Paul Martin and there is a very positive feeling surrounding the entire situation. TSN’s Bob McKenzie has said that the decision will come in late morning or early afternoon, so at least the world will be able to escape the clutches of #PariseWatch before dinnertime on July 2nd.

The Penguins might be in a holding pattern for Parise, but they did take time to reach out to Ryan Suter, the other big fish swimming in this year’s UFA pool. The vibe isn’t nearly as positive when you check the pulse of the talks with Suter, though the Penguins haven’t been eliminated.

They also finalized the $104.4 million, 12-year contract with Sidney Crosby that was agreed upon earlier in the week. The leaking of that agreement was thought to be a negotiating ploy with free agent targets such as Parise. The team would be able to show off the fact that they were willing to go long term, with big money. They were also hoping that the draw of playing with Crosby, Evgeni Malkin and James Neal would be enough to sway anyone who was sitting on the fence.

Though the big announcements aren’t set to come until tomorrow, the Penguins did make a few other acquisitions. They signed former Winnipeg Jet Tanner Glass, who was one of the Jets’ key penalty killers last season.

The 28-year-old native of Craven, Saskatchewan notched 16 points (5G-11A), 73 PIMs, 86 shots on goal and averaged 13:25 minutes of ice time per game. He could find a home on a very effective third line with Matt Cooke and the newly acquired Brandon Sutter. The trio could also rotate as part of the Penguins penalty killing unit.

Glass will offset the loss of Arron Asham, who earlier in the day joined the New York Rangers, thus completing his set of Atlantic Division pay stubs. Asham previously played for the Devils, Flyers, and Islanders.

Steve MacIntyre opted to return to the Penguins and inked a 2-year, 2-way contract that will pay him $625,000 at the NHL level.

Pittsburgh native Dylan Reese joins Ryan Malone, Bill Thomas and Nate Guenin in an exclusive group of players who kick started their hockey careers by playing in developmental and high school leagues in and around the Pittsburgh area before playing for the Penguins.

Other signings include forwards Trevor Smith, Warren Peters, Riley Holzapfel and goaltender Jeff Zatkoff, all of which will likely play in the American League next season.

It was interesting to see Ray Shero make a number of these depth signings today, as he tends to fill in the organizational gaps in the weeks that follow the free agent frenzy. Apparently the hockey ops staff decided to strike on guys that they were interested in rather than sit around twiddling their thumbs waiting for responses on offers that had been sent out.

Monday could end up being one of the biggest days in Penguins’ history, as landing Parise would give them one of the most formidable groups of forwards in their history. Here’s hoping that they also have a plan to add to their blue line, as their forward depth and play wasn’t one of the key reasons they were ousted from the Stanley Cup Playoffs back in April.

More in the morning…