The Penguins have inked their assistant coaches and Wilkes Barre-Scranton coaches to multi-year contract extensions. 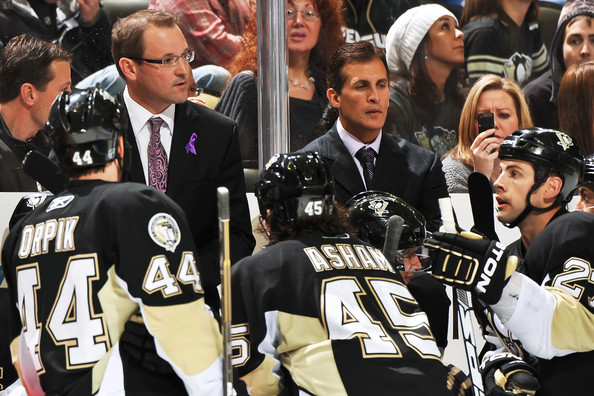 Ray Shero announced via Pens press release that he has signed all of the team’s assistant coaches and the Wilkes Barre-Scranton coaches to contract extensions.

Tony Granato, Todd Reirden, Gilles Meloche and strength and conditioning coach Mike Kadar will all return to the fold with multi-year contracts. Of course that dovetails nicely with the extension that was signed by head coach Dan Bylsma last season.

The signings keep a very successful group of coaches together throughout the organization. Here is the official release from the team.

Earlier, the Penguins signed head coach Dan Bylsma to a multi-year extension. Bylsma is a finalist for the Jack Adams Award as NHL Coach of the Year.

“We’re excited to have this entire group together and under contract as we move forward and prepare for the 2011-12 season,” Shero said. “We think we have an outstanding coaching staff, both here in Pittsburgh and in Wilkes-Barre/Scranton, and this gives them and us a strong sense of stability.”

The Penguins finished the 2010-11 season with a 49-25-8 record for 106 points – the third-best record in the Eastern Conference — despite long-term injuries to Sidney Crosby, Evgeni Malkin and Jordan Staal.

The WB/S Penguins finished first in the American Hockey League in the regular season, and Hynes was named AHL Coach of the Year.