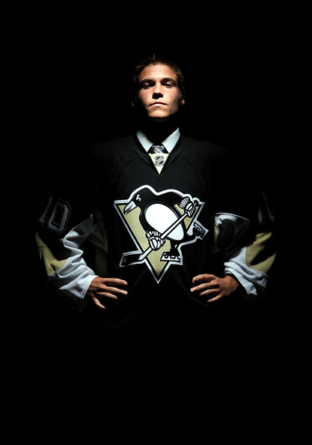 Metz goes one on one with Penguins’ 2010 1st round draft pick Beau Bennett.

Though I haven’t been able to spend as much time at the Penguins Developmental Camp as I would have liked to this summer, I was in the house on Friday morning to take in the action. The day was filled with mainly drills as the forwards practiced in one group, while the defensemen practiced in another. Saturday will be the true showcase day for the talent as they all take part in a scrimmage that is open to the public at 3:00pm.

The goal of my afternoon was to catch up with a few prospects that I haven’t talked to since last season or missed out on at the draft and that mission was accomplished. I got to spend a few minutes with some veterans from the prospect ranks and some newbs who have just joined the fray after being selected in the NHL Entry Draft back in June.

Bennett, who spent a big chunk of this past season dealing with a wrist injury is making the jump to the professional ranks this year after deciding to leave the University of Denver back in April. Though he is probably slated for a tour of duty in the American Hockey League, he was mentioned by head coach Dan Bylsma as one of the guys who just might compete for the job of “Sidney Crosby’s winger” during training camp. That may be expecting a bit much, but the youngster is smooth as silk on the ice and has an uncanny knack for finding the back of the net.

Bennett and I didn’t get to talk about as much as I would have liked, but we did cover the following…

Bennett has always come across as a very down to earth guy and that was no different today. He is a California kid through and through and it really comes back in his laid back demeanor. That is by no means a knock on him as he is very focused on the task at hand, but he just has a relaxed vibe about him that seems to rub off on all who are around him.

The interview was insightful throughout, but my favorite part has got to be the fact that he answered by “Thank you” that ended the interview with a Jeff Spicoli-like “Awesome!”

Stay tuned for another “Two-Minutes With…” shortly, as I went one-on-one with Penguins’ 3rd round draft selection Matt Murray.

Listen to the interview by clicking the player below!