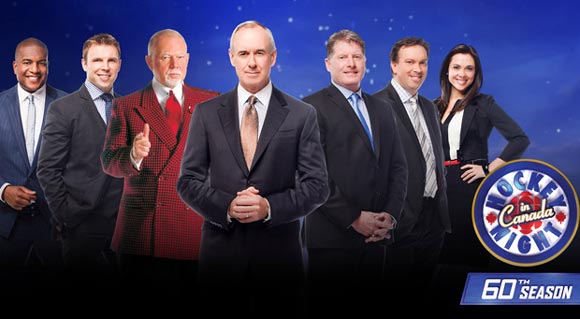 Jason Huskins makes his FTP debut… welcome aboard sir! Here he deals with some emotions and shouts GAME ON!

(Ed’s note: Though I mentioned his debut yesterday, I wanted to officially introduce Jason Huskins. He submitted his debut piece below and I hope you enjoy it! As I said yesterday, he is passionate about all that he is interested in: music, movies, marvel comics, sports in general and especially hockey! I guess that isn’t surprising for a guy from Liverpool, Nova Scotia. Though we haven’t met in person, we have developed a great friendship over the past few years. I look forward to having him on the team and I hope that you guys will enjoy his passion, insight and unique perspective on the game and much more. You can read more of Jason’s diverse content over at his blog — Random Rants!)

It would have been easy to let the news of the NHL locking out it’s players impact me in a negative way. Was I upset there would be a shortened NHL season? Yes. Was I blaming both the NHL and the NHLPA? Sure I was. Did I decide to make a stand and say “I won’t miss the NHL?” No, but I did try at first.

I love hockey, no matter what level, and I knew it would cause me to fail at this attempt to boycott the NHL. So instead, I decided to remember what I missed about the game. Why focus all my energy on trying to down play these things or push them out of my mind all together. Why not anticipate what I would see when the new Collective Bargaining Agreement was finally agreed upon and settled in place.

I missed seeing Evgeni Malkin carve his way through the opposing team in “Lemieux-like” fashion and burying a goal on a rattled goaltender.

I missed seeing Steven Stamkos unleash a laser of a snap shot into the upper corner of the net as the goaltender waves at it helplessly.

I missed the uncanny ability of  Henrik Lundqvist to somehow make an uncanny save on a shot that should have been a sure goal.

I missed the anticipation of seeing the star player make his debut with his new team, just so you can see him in the new jersey.

I missed the scrutiny of how closely the fans in Toronto and Montreal  monitor their teams here in Canada.

I missed witnessing Sidney Crosby open up his bag of tricks and pull out something creative that I have never seen before.

I missed what makes the game unique among all the other sports in the world, as it all also makes it the greatest sport.

I missed the legendary opening from CBC’s “Hockey Night In Canada” that would fill the air every Saturday night.

Most of all I missed the sense of family that being a hockey fan gives you. Whether you cheer for The Penguins, The Oilers, The Sharks or any other team in the NHL, we are united as a fan base. The lock out only re-enforced that, as we all felt each other’s frustration.

Now that we have had a full day of games behind us and have started play on the second, there is a sense of all being right in the world. Being able to watch NHL highlights on the various sports networks is something that is taken for granted sometime but when it is gone, we realize how much we look forward to viewing them. No matter how many days, games and dollars were lost…..the game is back.

The past is now the past, but the present can be described in two simple words.