Cy is back with another exciting edition of Malkamania Running Wild! It will be his last until at least next Thursday… 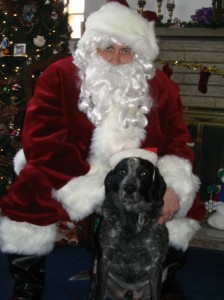 Finally the NHL Network is getting it.  I was able to catch a show over this past weekend called “Top 10 Rivalries“and I enjoyed it tremendously.  I disagreed with some of the choices but that is what makes shows like this good.  The NHL Network is finally branching out so instead of watching Kathryn Tappen 100 times a day on the show “On the Fly,” have her do shows like “Top 10 Rivalries”, which she did host.  There are a whole heck of a lot of shows that can be done to catch more fan interest (none involving Deb Placey).  So, let me run them past you.

We can start with all time top 10 shows by position coach and teams.  Also shows with each team’s top 10 moments in team history along with top 10 drafts in the team’s history.  How about the top 10 worst drafts as well as top ten free agent signings and busts.  Keep the call on show but please, please change the on air personalities (refer to Deb Placey). I would love to see a show on teams that are no longer here, fantasy draft shows, more one on one with current and former NHL stars as well.  Heck, I’d even like to see an old version of the Don Cherry show.  Why not give Mike Milbury a show calling it “If The Shoe Fits” and have Ulf as his first guest.   If the execs would only use their heads, the number of shows and the little stories that come out of them would be of such great interest.  For example, the first real rivalry of the Pittsburgh Penguins was with the St. Louis Blues, not the Flyers.  And the Penguins had the last mask-less goalie to play in the NHL (Andy Brown).  Just watching those old tapes of the rivalry show brought back so many memories, and not just the Penguin clips. Anyway, if you can, try to catch “Top 10 Rivalries” on the NHL Network, it is a must watch!

Anyone here happier than me to see Evgeni Malkin playing like he did back during the cup runs? Man that Buffalo game is a preview of things to come. The goalies of the National Hockey League better be put on notice. He’s taking no prisoners and his show is coming to arena near you, so you have been warned.  Boy it was fun to hear the Geno chants and let’s be sure to keep it up.  Pretty soon I think the Geno chants will change to MVP as the season wears on.  Keep it up Geno, Malkamania is gonna run wild brother!

By the end of the week Christmas will be upon us. The weather forecast looks to be in favor of everyone having good travels.  Here is wishing everyone a Merry Christmas and I hope you get everything you ask Santa for this year. Hopefully the Penguins will get a healthy lineup here shortly.  I know that was on my Christmas list to Santa.  I’m hoping that’s the case by the 29th of December for when the dreaded Pumpkin jerseys come to town!

Well, I’ll be taking a break from this blog for a (hopefully short) time till I get going on my therapy for the numbness in my hands.  So take care, and see you soon!