Jim Butler is back with another edition of Saturday morning coffee… 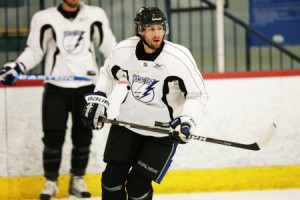 Did the Flyers know something when they basically forced Gagne out of town? Something’s got to give with him soon you would think. He has 0 points and a -8 so far this season!

Was it bring an invisible friend night to the Thrashers game last night and the Coyotes game Thursday. Bettman can spin it all he wants, there are issues

Remember that really smart and talented kid in school that did just enough to get good but not great grades, that’s the Philadelphia Flyers right now.

I call the Sedins “The Martian twins” because of their giant noggins. I’m starting to wonder if they have an antenna under those helmets because they’re special.

I went to school with some twins, they were special for different reasons!

I saw a guy at the gym this week, wearing blue jeans and a Sens jersey while running on the treadmill, that’s not right.

Did John Michael Liles get knocked out and when he woke up somebody told him he was Paul Coffey!! Great start by Liles.

Rick Rypien, come on buddy. You’ve been given a chance to be an NHL player, gotta show some restraint and respect.

Drew Doughty injured now, the top offensive D-men in the NHL out with injuries. Killing my one hockey pool right now.

Dink the Clown’s real name was Claude Giroux, the Flyers gotta have some fun with that.

Speaking of offensive D-men the Pens have 3 in Gogo, Letang and Martin. All 3 will have over 40 points I would think. And maybe over 50 for two of them.

Sather spends money like a drunken sailor and gets zero results. I wish I could have issues like that.

Deanna Favre says the pictures were actually for her but they got intercepted by Jenn!! 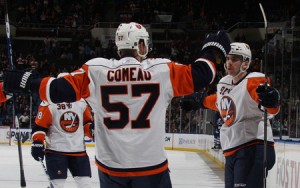 The Islanders are proving to be a handful right now, if they keep this effort going and get Streit and Okposo back later this season they’re going to be a huge pain to play against. The Islanders get ripped often and they deserve a fair amount of it but I think they are on the right track.

The Sabres are going to have a lot of Vanek Monday’s unless he starts earning that contract.