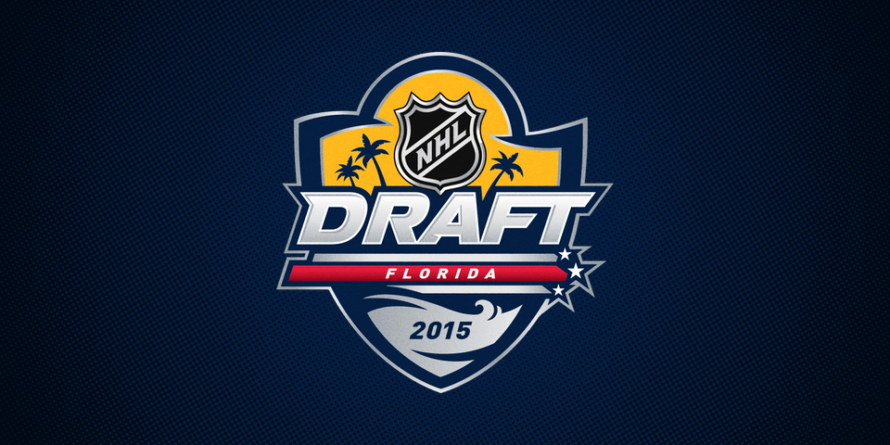 One of my favorite days of the year – NHL Draft day – is upon us. In recent years it has been more exciting than the trade deadline and certainly more so than the start of unrestricted free agency.

Yes, those days are still held near and dear by hockey fans, but it seems that the draft has become the birthplace for big deals, big announcements and a lot of craziness.

That has already been the case today, as we have seen new Boston Bruins general manager Don Sweeney trade restricted free agent Dougie Hamilton to the Calgary Flames for a collection of draft picks and Milan Lucic to the Los Angeles Kings for Martin Jones, a first and a prospect.

The Lucic trade doesn’t appear to be a bad one for the Bruins, aside from the fact that they already have franchise goaltender in Tuukka Rask, but they are being destroyed for the Hamilton deal.

Hamilton, 22, is a stud in the making. A two-way defenseman with a ton of upside and Sweeney accepted the 15th overall and two second round picks. To put that in some perspective, the Penguins traded away number 16 for David Perron back in January.

Personally, I am excited about that deal because of the sheer craziness of it. It is a hell of a way to kick off the festivities here at the BB & T Center. Also as a guy who writes about fantasy hockey, specifically defensemen, for NHL.com, this is going to be fun to watch as Hamilton joins TJ Brodie, Mark Giordano and Dennis Wideman.

All of that said, I am indeed live at the BB & T Center and will be weighting in on most of what goes down this weekend. I am covering the event specifically under the banner of my chief hockey employer – the Penguins Radio Network – lest you thought otherwise, but I will also be doing work for the Beaver County Times, DKonPittsburghSports.com and of course, my site (which you are currently reading) FromthePoint.com.

Based on a few conversations I have had over the past 24 hours it seems that the Penguins could be heavily involved in multiple conversations this evening, but you already knew that. I can describe what might go down, I’d do it as such — they want to make a splash.

Is that good for the organization? It all depends on how many assets they have to throw in to create said splash. It feels like it could be a good piece coming back before it is all said and done, but the move itself could be one that would hurt if too much future is mortgaged.

As we wait for the first pick, which is still roughly two hours off, here are some of the fun moments of the weekend so far.

I am staying at the Westin in Fort Lauderdale. It is the league headquarters for this event so there have been many familiar faces in and around the building. I crossed paths with both Connor McDavid and Jack Eichel this morning. If you didn’t know better, you’d think they were a couple of kids in town with their families for a summer vacation. McDavid was very cordial. I even saw him pose for a photo with Detroit Red Wings general manager Ken Holland and a fan.

Sergie Gonchar is in town and I was lucky enough to ride an elevator with him. I hadn’t interacted with him since his stint in Pittsburgh ended and though I covered him for quite a while, he didn’t remember me. That is my fault because I had never introduced myself to him and probably only asked him a handful of questions over the years. Sarge knows me know following our exchange today. I should mention that a reporter from RDS tried to accost him as we entered the elevator. “Sergei Gonchar, can I talk to you… “ Gonchar stopped for a second and said “what about?” He was then asked one of the worst questions you can ask a competitor, “Are you planning to play hockey next season.” Considering that he and his agent had already answered that question a few weeks ago, he wasn’t thrilled.

For what it is worth, he was meeting with his agent here in town. Will be interesting to see where he lands next year. Some speculation has tied him to the Penguins as a bottom-pairing guy who could almost serve as a power play specialist. Would be fun to see those amazing dishes flow back into Evgeni Malkin’s wheelhouse.

I also had a fun encounter with Deputy Commissioner and chief legal officer of the National Hockey League Bill Daly. I was talking to someone in the hallway of our hotel about what I have been up too. Mentioned that I have been doing lots of radio, writing for the Beaver County Times and NHL.com. I then joked that it is interesting to sort of have a foot in all three of those places. I work for a member club, the league and a private media outlet and that my goal is always to not piss the team off too much with anything I ever write for the newspaper.

Just as those words came out of my mouth I hear: “Or the league!”

I turn to see a smiling Daly looking back, to which I said, “Hey, I just write fantasy hockey, I would have to work pretty hard to piss you guys off with that.”

Of course there were laughs all around. Lesson learned — be careful what you’re saying and who to whom you are saying it. You never know who is around.

I arrived at the hotel yesterday moments before the Phil Pritchard and the Stanley Cup. Let me tell you, I have never seen the Beatles arrive somewhere. Obviously because I wasn’t alive the last time all four of them rolled into a venue, but this was on par. He could barely wheel that big case in as a sea of people took pictures, not of the Cup, but of the box it travels in. Phil was also signing some autographs.

I attended the Puck Daddy extravaganza Thursday night. That is always a fun meeting of the minds and I got to cross paths with many old and new friends. Hopefully the rest of the weekend provides those kinds of opportunities.

Stay tuned here, timesonline.com, dkonpittsburghsports.com and of course to Penguins Live on Monday for full coverage of the weekend. Lots more on the way!