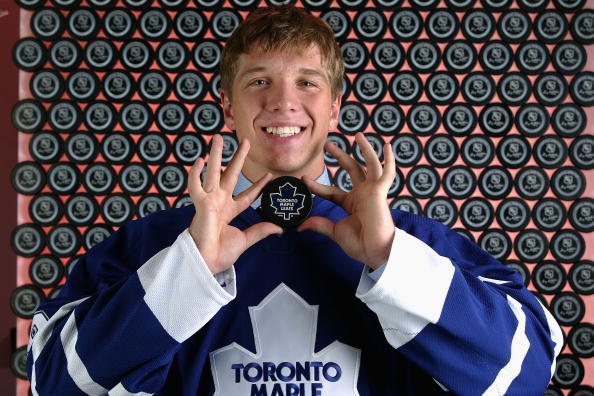 The NHL Draft is in the books and we are now just 10 minutes away from the Free Agent Frenzy. The two events come together to form a one-two punch of a hockey holiday for fans, media peeps and all who enjoy the National Hockey League.

In this case, it actually coincides with a couple of actual holidays — Canada Day up north and July 4th here in the states, which will hit on Friday. While things tend to quiet down a bit around the day that the United States celebrates its Independence, it will be awfully loud today!

The first Domino (boy do I hate that cliché) has fallen in the form of Jason Spezza being shipped to the Dallas Stars for a package that included Alex Chiasson, Alexander Guptil, Nicholas Paul and a 2015 2nd round draft pick. The Stars also received Ludwig Karlsson in the deal.

That is a move that likely helps the stock of Paul Stastny, who will hit the market at noon. With Spezza out of the way, there aren’t really any other huge fish in the center pool. There are options, but Stastny becomes the top dog and he and his agent are likely wringing their hands in anticipation of the offers that are sure to roll in.

It should be a pretty intriguing day around the league in general, but many eyes will be on the Pittsburgh Penguins who are in the midst of what can only be described as a retooling.

While it isn’t a rebuild, you’ll never have that while you are paying guys like Sidney Crosby and Evgeni Malkin, they do want to change their culture. They want to add toughness, players who can thrive in a puck possessing system and guys who can shoulder more of a leadership role.

That doesn’t mean that they don’t have leaders on the roster, but there has been a distinct lack of what we’ll call “voices” in the locker room. They have already potentially added one in Patric Hornqvist and you just may see a few others added today.

You know the targets – Nikolai Kulemin, Benoit Pouliot and several others such as David Moss, Manny Malhotra and maybe even a couple players on the backend who could slide into the blueline or goaltending mix.

Kulemin has long been rumored to the Burgh and it makes the most sense based on the fact that they traded James Neal. He and Evgeni Malkin are friends, have thrived playing together and he would really ease the pain of losing the former 40-goal man.

Beyond that, I will say that they do seem to want Pouliot, but the money may not work out. There has also suddenly been a good bit of chatter about Jonas Hiller, Marty Brodeur and Steve Downie. Heck, folks have also started to connect the Penguins to Christian Ehrhoff. There is also a little smoke surrounding a possible Paul Martin deal.

All of which is going to make today pretty intriguing.

With the gun set to fire in just 10 minutes, we’ll be here at From the Point and on Twitter @Brian_Metzer breaking it all down for you, so please do follow along. While you are here, check out our new theme, felt it was a good day to launch our new look.

As always, the Free Agent Frenzy will be a blast and we look forward to cruising through it with you!