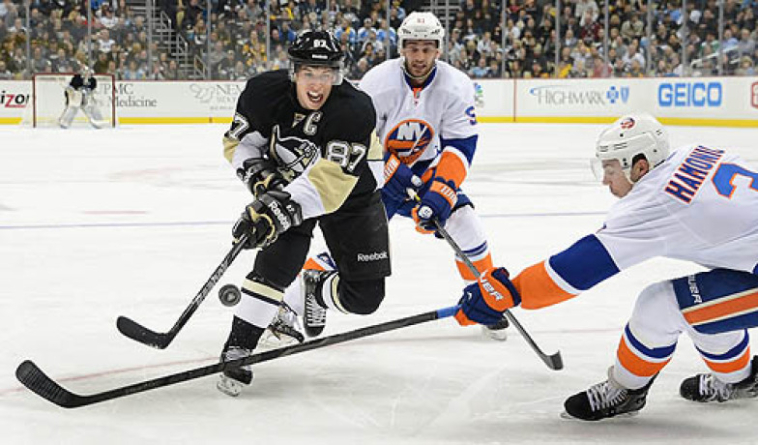 Better late than never, the Penguins played their second game on home ice Tuesday evening and ended up with another loss. Some folks have wondered what the problem is at the CONSOL Energy Center, but they have had the same problems at home and on the road.

The Islanders ran away with two-points in much the same way that Michael Grabner ran away with each puck that he picked off at the opposing blue line in the Isles 4-0 victory. The Penguins have openly admitted on more than one occasion that they are not emotionally invested in these opponents and it is showing in their on-ice performance.

They’re most effective games of the season game against teams that they either have perceived rivalries with or have met in recent playoffs series. Sadly, match-ups against the likes of the Toronto Maple Leafs, Winnipeg Jets and the Islanders aren’t yet enough to get their blood pumping and until they are we are going to see far too many losses like last night.

The Islanders got big performances from Evgeni Nabokov, John Tavares, and Grabner, as they skated to an easy 4-0 victory. The loss, which dropped the Penguins to 3-3, left the home team scratching its collective head.

Here are a collection of key stats, thoughts and observations in case you missed it.

It is worth noting that the crowd at the CONSOL Energy Center was a lot more lively than the one that was there for the opener, though that proved to work against the Penguins as the boo birds were out en mass.

Overall, it was the kind of game that a team is glad to forget. It will be interesting to see what version of this team shows up tomorrow night at Madison Square Garden.

To read more of my thoughts on the Penguins split personality, check out a recent article that I penned for the Beaver County Times by clicking HERE.