Mario Lemieux issues a statement regarding the fiasco that occurred on Long Island Friday night. 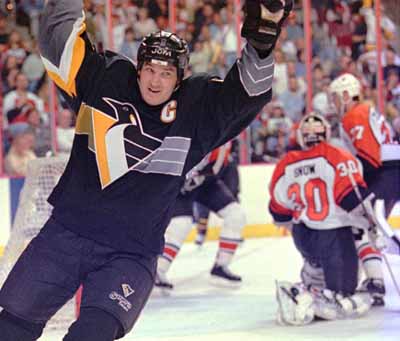 Penguins’ owner Mario Lemieux once famously referred to the National Hockey League as a “garage league” based on the fact that star players were not protected and clutching, grabbing etc was allowed to run rampant. The league eventually went out of its way to fix those problems and came out of the 2004-05 lockout a revamped league.

Unfortunately, based on the situation that occurred on Long Island on Friday night Lemieux felt that he needed to share his opinions once again and they aren’t pretty. Here is the statement that he released via the Penguins’ website regarding the discipline that was handed out in the fall-out of Friday’s events…

“Hockey is a tough, physical game, and it always should be. But what happened Friday night on Long Island wasn’t hockey. It was a travesty. It was painful to watch the game I love turn into a sideshow like that.

“The NHL had a chance to send a clear and strong message that those kinds of actions are unacceptable and embarrassing to the sport. It failed.

“We, as a league, must do a better job of protecting the integrity of the game and the safety of our players.  We must make it clear that those kinds of actions will not be tolerated and will be met with meaningful disciplinary action.

“If the events relating to Friday night reflect the state of the league, I need to re-think whether I want to be a part of it.”

Pretty harsh stuff from a very respected owner and former player… what do you think of Mario’s take?