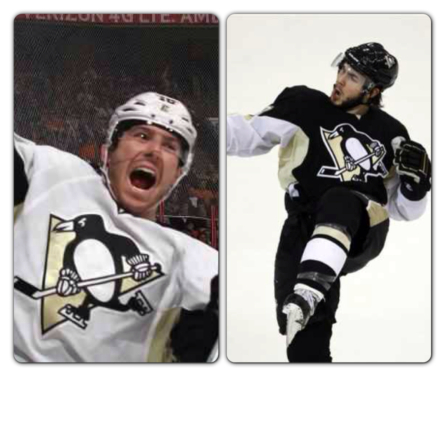 Head coach Dan Bylsma delivered the news that everyone had already assumed was on the way ‚Äî James Neal has a concussion.

Neal was concussed when he was elbowed in the face by Rangers‚Äô defenseman Michael Del Zotto on Friday night. Del Zotto jumped backwards into Neal when he saw him coming deep in the Rangers zone. When the two players collided, Del Zotto‚Äôs elbow caught Neal directly in the face. The blow left Neal prone on the ice for several seconds before he was helped to the Penguins dressing room.

The league decided against any disciplinary actions for Del Zotto.

Kris Letang has been making progress with his lower-body injuries and appears to be close to rejoining the line-up.

Letang, who had been skating by himself for close to a week, joined the team for practice this morning and will accompany the team on their three-game road trip.

There is no word on when he will actually get back to game action.

‚ÄúI don‚Äôt know, it‚Äôll be up to the coach,‚Äù he said. ‚ÄúThere‚Äôs no rush to get back, but at the same time it‚Äôs a short season. I want to start playing, being healthy and ready to go for the playoffs.

‚ÄúWe‚Äôll see how I feel (Tuesday) and go from there.‚Äù