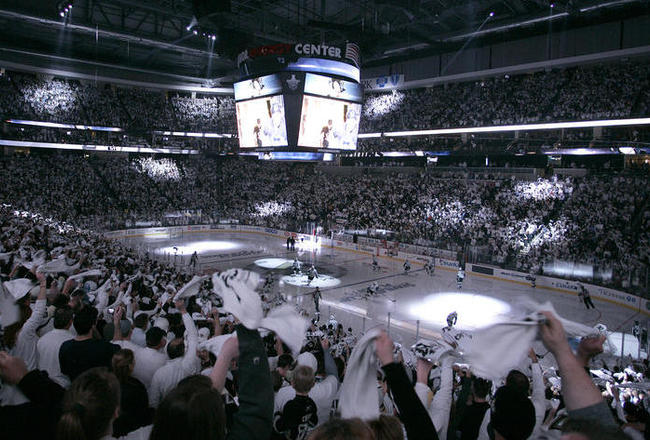 Per team press release, the Penguins will honor their 25,000,000th fan on Wednesday evening. Details are below…

The Penguins will honor their 25,000,000th fan during Wednesday’s game against St. Louis at CONSOL Energy Center. Game time is 7 p.m.

Counting regular season and playoff games since their inception in 1967, the Penguins have drawn 24,983,853 fans.

Through bar code technology, the Penguins and arena operator SMG will be able to track when the 25,000,000th fan enters the gates Wednesday night. The fan will be notified during the first period and honored during the second period.

The lucky 25,000,000th fan will win a road trip to a Penguins game as well as an autographed Sidney Crosby jersey.

All fans in attendance will receive coupons for a free cup of Dunkin’ Donuts coffee; free skate rental at Penguins Pond at SouthSide Works; and 25 percent off one purchase at the PensGear store at SouthSide Works.