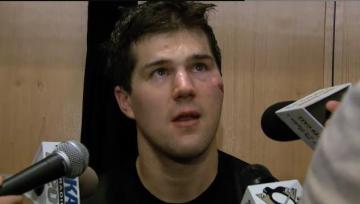 The Penguins have traded defenseman Ben Lovejoy to the Anaheim Ducks for a 2014 fifth-round draft pick.

The move isn’t much of a shock as Lovejoy had seemingly fallen out of favor with the team. He spent all but three games in the pressbox this season and probably only avoided being traded weeks ago by having Matt Niskanen sustain an injury. Once Simon Despres and Robert Bortuzzo stepped up and began to fill roles for the team he became expendable again.