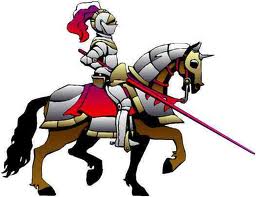 It doesn’t seem like we’ll get away from poor sportsmanship any time soon. As soon as one inappropriate action passes by, another comes rushing right after it.

It doesn’t seem like we’ll get away from poor sportsmanship any time soon. As soon as one inappropriate action passes by, another comes rushing right after it. Interestingly enough, so is the process of analyzing hits and determining the legality factor.  It’s like trying to play Frogger after drinking a gallon of Wild Irish Rose, at some point you are completely entertained but revulsion comes in a swiftly and highly unclean fashion. We can reminisce about a variety of incidents from the past three years and realize that Taco Bell wasn’t the right answer to settle that stomach full of booze.

From hits to banter, it all boils down to one simple thing, respect. Where do players draw the line with one another? They work with each other, against each other, and at the same time all belong to the same union. In some respects, you would think it should be as easy as picking out the blue crayon in an eight color box.

The debate over the summer about the effects of being an enforcer in the NHL still rages on. It has for years. Don’t expect the union to get up and recognize the violence as as big of an issue like Joe Average fan might. The NHLPA would have an interesting issue telling quite a few players that they serve no real purpose and that they need to find other work. If you’ve ever belonged to a union in any way shape or form, you know it’s not going down easy like that.

It’s the preseason and Brendan Shanahan is off to the races to try to get a grasp on the on-ice issues, and that’s fine. I’m of the notion that the video explanations are a bit overboard, I really don’t need my hockey spoon fed to me. I think after over thirty years of watching the evolution of the sport I can make judgements for myself and choose to agree or disagree if I want to.  The last ten years, personally, have felt like Eric Bischoff picked up a story writing job in the NHL offices. It’s become so over the top, that some nights, watching hockey  feels like I’m watching WCW Monday Nitro.

So now I’m supposed to be offended or even in an uproar over a careless fan making a clearly inappropriate gesture throwing a banana at Wayne Simmonds. Of course that action is offensive, don’t get me wrong but this was off-ice action that should have been dealt with at the time. I’ve yet to be at an NHL game where there wasn’t an usher at the top of a section of seats. Now we find ourselves with the same “victim” to be blasting slurs in another direction. I can’t tell you how shocked I am over this because I’m not really shocked. As I addressed in a previous article, locker rooms and in-game remarks are going to happen at every level. It’s unavoidable, but it’s not without a remedy and insignificant fines aren’t it.

Education, and it starts with the parents. It starts as simple as using words like “please” and “thank you” or perhaps holding doors for other people and helping a person off the ground. Respect is easily taught, respect is easily learned but it still takes practice. If your child watches ANY professional sports, sit with them and use the opportunity to explain to them about what they are seeing. Watch an NFL game, point out the players helping to lift their opponents from the ground when a play is over instead of the guys dancing around the field because they tackled him. Perhaps point out the various players talking to each other before and after games and any sport. Make the distinction of that difference between on-the-field and off-the-field behavior. If time is a problem for parents, time to re-evaluate the priorities.

With all of that being said, if there is a perceived problem with any sports in the media, if the moral high ground is going to be set by writers who target single instances or shows that generally only show highlights and low lights in their coverage but offer little in the way of insight (ESPN, I’m looking at you…but not only you)… take that inference as you will. The fact is, poor sportsmanship is brought to the forefront once in a while, statistically it has to happen. I’d hardly call it an epidemic of catastrophic proportion. I could have sworn about a week ago that the NHL has a major depression problem with it’s enforcers who are generally considered talentless guys who literally fight to keep their jobs. Did you see what I did there?

I agree that poor sportsmanship is a problem and if you want to weed out this kind of behavior, teach your children about proper sportsmanship and allow that behavior to spread. Respect isn’t just a sports issue, it’s another issue that is useable in all aspects of life.

To quote Longshanks from the film “Braveheart” – “If we can’t get them out, we’ll breed them out” or as Rob Zombie so eloquently put it, “Let it all bleed out”