Your friendly neighborhood hockey blogger is coming down the bunny trail with a variety of news, notes and information in today’s edition of Around the Net – your morning skate around the league.

Happy Easter everyone…if you celebrate it.

If not… happy Sunday!

Either way your friendly neighborhood hockey blogger is coming down the bunny trail with a variety of news, notes and information in today’s edition of Around the Net – your morning skate around the league. 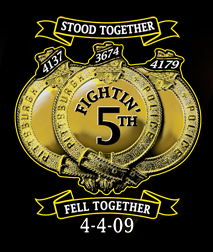 Before we get started though, I wanted to take a moment to recognize the one year anniversary of a horrible Pittsburgh tragedy. On April 4, 2009, three of Pittsburgh’s finest, one of which was my friend, were gunned down in a senseless act of violence. Officers Paul Scuillo II, Eric Kelly and Stephen Mayhle were killed responding to what they thought was a routine domestic dispute between a couple of family members in the Stanton Heights section of the city.

My friend, Paul Scuillo II, was the first officer gunned down on the scene.

Paulie was always smiling, was a great athlete — playing golf, baseball, and hockey, and was always willing to take my money in a poker game…which he did often enough. When I heard the news last April I immediately worried about a few other friends who could have potentially been at the scene. I didn’t know that Paulie would be working in Zone 5 where the tragedy occurred, which made the news of his death an even bigger shock.

What made the situation even more strange was the fact that the gunman had been a regular listener of a podcast that I used to be the host of. He tuned into to the Pittsburgh Penguins Hockey Buzzcast during it’s early days and was a regular participant in the discussions etc. It was strange to think that I was connected to both ends of this insane situation. I will not honor the killer by using his name here, as he has received enough publicity for this, but you can find it in the news today.

I won’t take up anymore of your time with this right now, but please take a moment today to remember these three heroes as you celebrate Easter with your friends and family.

With that, let’s get going with Around the Net…

As usually following a game day, we start off with Dave Molinari’s game recap. As you know, Jordan Leopold scored his first goal as a Penguin and the Birds knocked off the Thrashers 4-3 in overtime.

Molinari takes a look at some interesting numbers from the Penguins first season in Mellon Arena, as opposed to where those same numbers are today. Very interesting comparisons… especially the fact that the Penguins’ team payroll was $325,000.

I noticed that Rob Rossi was taking a handful of videos in the locker room yesterday afternoon. Here is one that gives you a taste of what Jordan Leopold, Sergei Gonchar and Max Talbot had to say post game. I chose to post this because I get a good bit of face time in the beginning while he filmed Jordan Leopold…you can see me in the background, if this was in 3D, my mic would be in your living room!

The Devils knocked off the Carolina Hurricanes 4-0 to keep pace with the Penguins and to remain tied with them atop the Atlantic Division.

St. Louis, who have been terrorized by Mike Modano for years, might have seen the talented Stars forward for the last time. Modano is kicking around the idea of retiring after 20 years in the league.

Modano thinking of hanging it up

Daniel Alfredsson is never one to talk about himself or his accomplishments, but Ken Warren gets him to open up a bit. Alfie will be honored by the Sens for playing 1,000 NHL games on Saturday.

The Avs have signed former first round pick Kevin Shattenkirk to an entry-level deal.

The Nashville Preds are back in the playoffs… the Preds clinched their spot with a victory last night.

Preds are in the dance

There was some speculation that the Wheeling Nailers could be leaving town, but they announced yesterday that they would be staying. However, they will play a portion of their schedule in Johnstown, who are losing the Chiefs.

The aforementioned Chiefs played their final game in Johnstown last night and it was a horribly sad moment for everyone involved. The sadness even reached the NHL as well…